Get fresh music recommendations delivered to your inbox every Friday.

by Chris Dooks and Machinefabriek 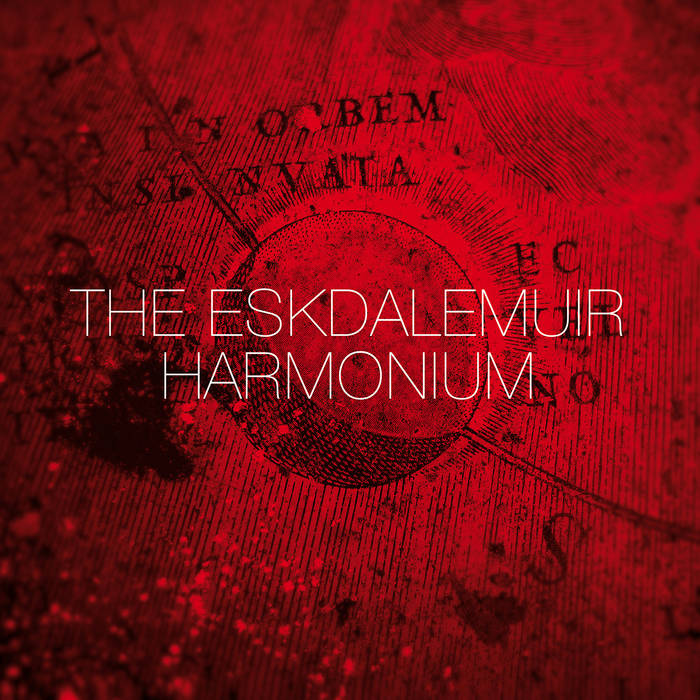 The Eskdalemuir Harmonium is a full-length site-specific collaboration between Chris Dooks and Rutger Zuydervelt who is best known by his Machinefabriek moniker. The project is orientated around a landscape home to a vast Tibetan Buddhist temple and megalithic stone circles. The resulting album and supplementary digital package are a fusion of ‘folktronica-concrète’ homages to a dying American harmonium - currently disintegrating in a farmhouse near Lockerbie, Scotland.

The album, made over a twelve month period, includes a five minute radio documentary. In addition, Dooks’ essay and photographs of the year-long process have been stitched into a full colour montage designed by Zuydervelt - who also works as a respected graphic designer. The record itself is lovingly pressed on bright red vinyl.

Much as one visits a sick relative in a care home, The Eskdalemuir Harmonium is a form of ‘sonic palliative care’. It spills into the glitch territory of Stefan Betke’s work as Pole, while at the same time it follows a sonic ethnographic tradition akin to ‘The Radio-Ballad’ (formed by Ewan MacColl and Peggy Seeger). It was constructed via a delicate bricolage process where spoken word, field recordings and music form more than the sum of their parts.

When Dooks composed and began to arrange the pieces on the record, which also forms part of his work at The University of The West of Scotland, he was aware of the dangers of being too close to a project, and needing a sense of social communion on the project, he contacted Rutger who agreed to co-produce the record with Dooks, giving the project a capricious and variable flavour.

The Artists
As Machinefabriek, Rutger’s music combines elements of ambient, modern classical, minimalism, drone and field recordings. After releasing a series of self released
CD-Rs, the official debut, Marijn, was issued by Lampse in 2006. Since then, there’s been a solid stream of singles and albums released on labels like Type, Home Normal, 12K, Dekorder, Digitalis, Experimedia and Staalplaat.

Chris Dooks (and his occasional alias as Bovine Life), moved from directing documentaries on musicians and artists (like his South Bank Show on Robin Rimbaud aka Scanner) to releasing his own music on labels such as Benbecula Records, Hibernate Recordings, Bip-Hop and BBC Enterprises. He is currently working on two sister records for this release which fuse documentary and sound design elements on limited edition vinyl pressings.

Bandcamp Daily  your guide to the world of Bandcamp

Little Brother joins the show to discuss their beautiful journey, plus tunes from Fat Tony